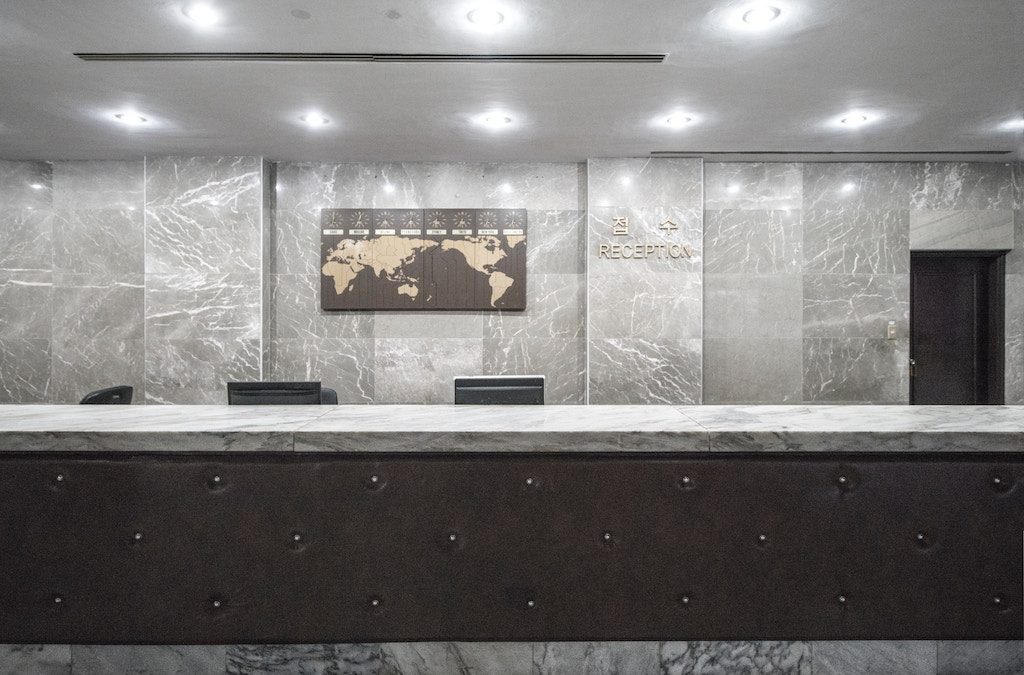 There is no shortage hotel industry KPIs. From operations to finance to guest experience, there are a lot of key performance indicators that hotel owners and managers can track and monitor to cut costs and increase revenue.

Of the dozens of KPIs that hotel owners and managers should track closely, however, arguably none is as important as GOPPAR (Gross Operating Profit Per Available Room). Why? Because it factors in both operational costs and revenue.

Essentially, because GOPPAR factors in operational inputs (such as energy consumption), it provides critical insight into a hotel’s profitability. Consequently, it also helps hotel managers create stronger revenue forecasts and more efficient management strategies. However, GOPPAR isn’t the only hotel performance KPI worth monitoring. In fact, it’s even extrapolated from two other, more fundamental KPIs: ADR and RevPar. And understanding ADR and RevPar is key to understanding (and maximizing) GOPPAR.

Average Daily Rate (or ADR) is one of the basic metrics that hotels can use to measure and calculate their profitability. It essentially provides high-level insight into the average rate a room can earn on any given day during any given period, and is particularly useful for demand forecasting and predictive marketing. Indeed, ADR helps hotels predict seasonal trends, adjust their pricing accordingly, and maximize revenue per room.

The formula for calculating ADR is pretty simple:

Note: When calculating ADR, you should exclude any complimentary rooms or rooms occupied by staff.

Hotels should be constantly looking for ways to improve ADR, mostly by looking at different strategies for pricing during given times. As we’ll see later on, GOPPAR uses data from ADR to help hoteliers create even stronger strategies that include optimizing the efficiency of the rooms being sold.

Revenue Per Available Room (or RevPar) is crucial to understanding the success and profitability of a hotel property at any given time of year. Indeed, it’s extremely useful for planning and preparing for both high and low seasons.

RevPAR can be calculated in one of two ways.

Either by multiplying ADR by the occupancy rate.

Or by dividing the hotel’s total room revenue by the number of rooms that you have available during a specific period of time.

When calculating RevPar, you’ll find that there are fluctuations due to seasonality, the economic climate, and even consumer trends (including disruptors). This can make this metric difficult to track, but, as mentioned above, it’s still crucial to understanding hotel profitability.

While the above metrics do help to square away some very important details about a hotel property’s revenue and/or demand forecasting, they leave out operational costs.

Gross Operating Profit per Available Room (or GOPPAR), on the other hand, does take into account the operational costs incurred to generate the revenue of any given room (or the hotel as a whole). As Olivier Harnisch put it when writing for Hospitality Net:

A GOPPAR maximization strategy is more sophisticated [than a RevPar one] as it encompasses a broader scope of hotel success criteria. Since GOPPAR is calculated by dividing a property or company GOP by the number of room nights available, all factors impacting GOP are included. Therefore cost items are taken into account as well as revenue factors. For one, selling below variable cost is avoided as this will lead to an immediate GOPPAR decrease. A GOPPAR focus [also] considers the variable costs generated by an occupied room (such as housekeeping, laundry, energy…), additional profit induced by a room sale (F&B, laundry, telephone …), but also the cost of generating revenue, such as channel cost.

In other words, ADR and RevPar are useful for setting pricing and measuring gross revenue, GOPPAR offers insight into a property’s profitability because it compares room revenue against the actual costs incurred over the same period of time. Indeed, by taking into account operational costs, GOPPAR can help hotel operators calculate how much it costs to operate any given room or, the hotel in its entirety.

GOPPAR is calculated by subtracting your total operating costs from the hotel’s total revenue, and then dividing that number by the number of rooms that were available in that time period.

Of course, once you have a comprehensive picture of a property’s performance, it’s time to look at ways to increase those margins by optimizing your operating costs.

If maximizing GOPPAR requires a hotel to reduce its costs, than energy consumption is the first place hotel operators needs to look. After all, electricity comprises 60 percent of total utility expenditures in the hotel industry, so hotel energy consumption has a significant impact on GOPPAR. 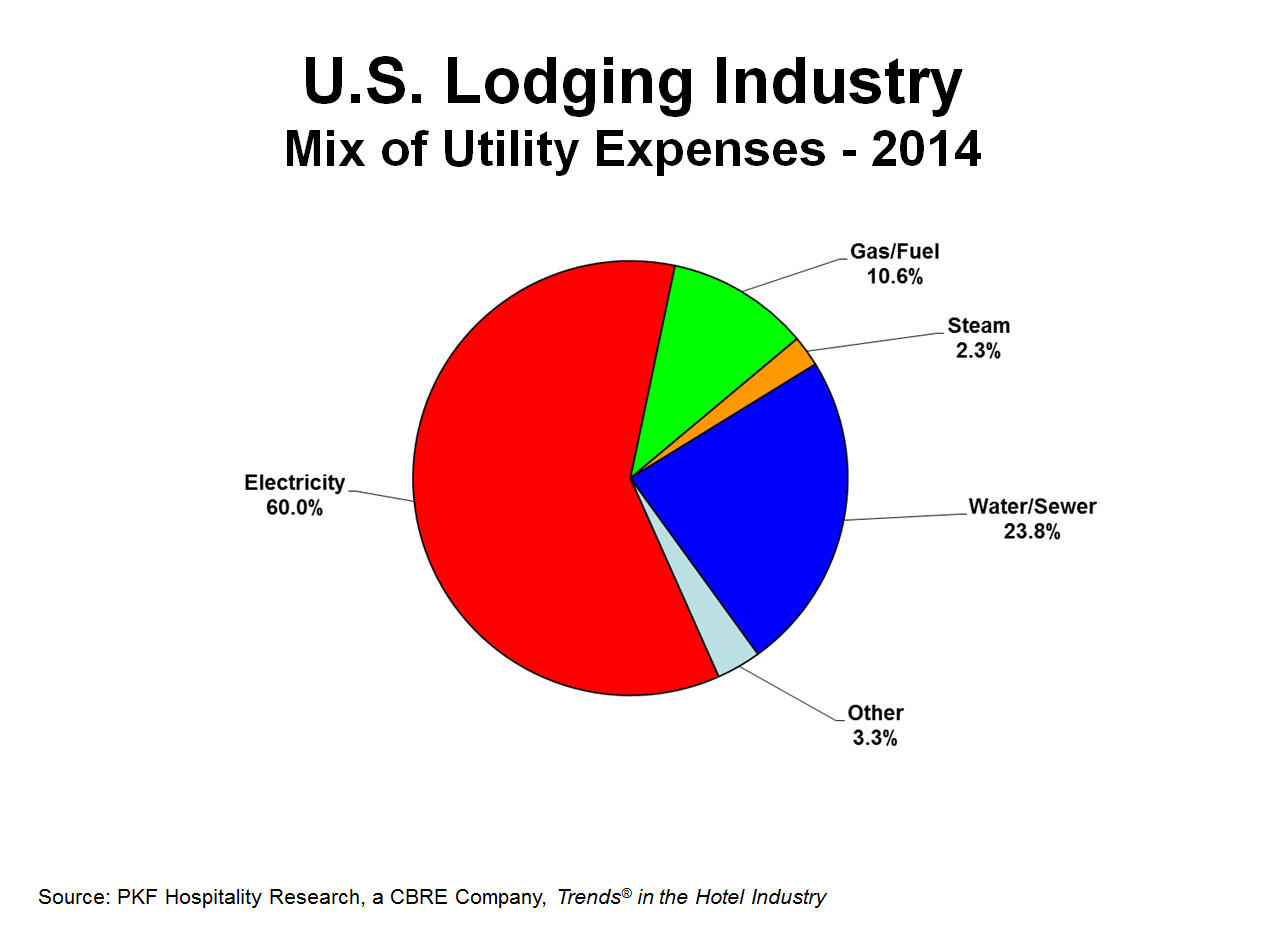 Energy management systems like Verdant’s EI, for example, use smart thermostats and occupancy sensors to monitor room occupancy and respond to real-time fluctuations in energy demand load. More importantly, its built-in sophisticated machine learning algorithms continuously analyze the data it collects (such as historical thermodynamics, and local weather patterns) to optimize energy consumption all year round..

And smart HVAC systems aren’t the only IoT technologies that hotels can use to reduce energy consumption and increase GOPPAR. Lighting is also a significant energy expenditure for hotels. As with climate control, (1) understanding fluctuating lighting energy needs, (2) automating consumption consumption based on those patterns, and (3) reacting to changes in guest occupancy patterns in real-time is essential to reducing energy consumption — and maximizing GOPPAR.

And similar to their HVAC counterparts, smart lighting systems include occupancy sensors and time-based lighting schemes to curb needless energy consumption, and even adjust the intensity of lights according to the time of day to provide a seamlessly comfortable hotel guest experience. It’s also worth noting that Verdant’s ZX and VX smart thermostats integrate with external third party lighting systems to ensure that lights turn on/off according to whether or not a room is occupied.

So whether it HVAC or lighting energy consumption, smart energy management systems can help increase GOPPAR by reducing energy costs in the two areas that no hotel can operate without. Indeed, hotels can ensure they keep the lights on by knowing when to turn them off.

Smart energy management systems (such as Verdant EI) can reduce hotel energy costs by up to 20%, and generate faster payback periods in the industry (between 12-24 months) than other cost-saving measures. 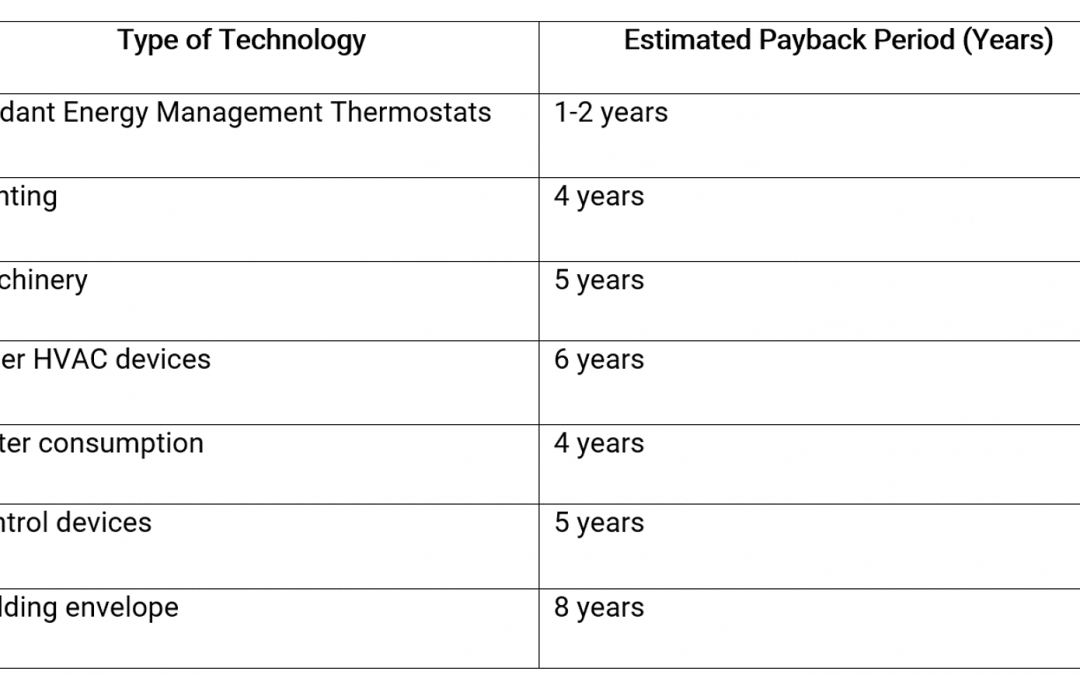 Take the Holiday Inn Bridgeport Connecticut. Using Verdant’s smart energy management system, the property saved over $45,000 in energy costs in the 12 months following the installation of Verdant EMS thermostats, and recouped their entire investment in only 1 year. Furthermore, the property is expected to generate a 700% ROI over 8 years. 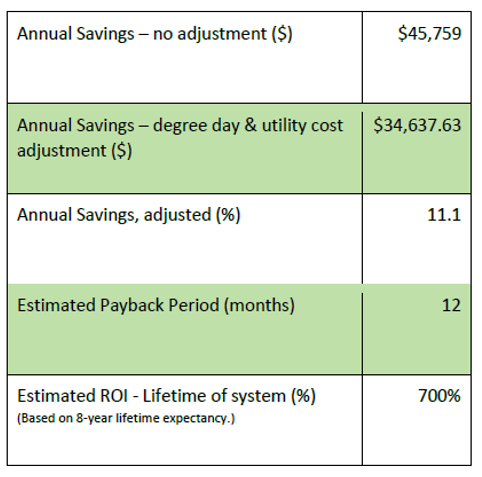 This 20% decrease in energy costs means significant increase in the property’s GOPPAR. Essentially, as each room consumes less energy, the property will generate higher margins on each room booking (i.e. RevPar).

For hotel owners and REITs (Real Estate Investment Trusts) looking to increase the resale value of their property, GOPPAR is one of the most important metrics for their property’s valuation. After all, the higher a property’s GOPPAR, the higher the value of the property. And energy management is one of the most direct and immediate ways to increase their poperty’s GOPPAR.

Let’s consider a REIT that installs Verdant’s smart IoT energy management thermostats in one of their typical limited-service hotels, with the intent of selling that property three years later.

In the first year, the REIT will invest approximately $22,000 in the purchase and installation of Verdant’s system (including a cash rebate of approximately $50 per room from the hotel’s utility company). The savings after year one will be about 20% of the overall electric bill, which translates to $14,500 annually.

In second and third years of using Verdant’s smart energy management system, the property will continue to cut energy costs at the same pace, creating additional savings of $14,500 per year. So by the end of year 3, the system has saved hotel owners $43,200 in operating expenses, at a cost of $27,000 in capital expenditure (including 3 years of Verdant EI) – for a simple payback of 1.7 years.

Now recall that this REIT is determined to sell its limited service hotel property after 3 years.

Since the $14,400 in annualized savings is a direct increase in annual EBITDA financial statements, we can multiply $14,400 by the EV-to-EBITDA multiplier (10.60 as of today), and see that Verdant’s IoT energy management system has created over $152,000 in additional property resale value. Add in those 3 years of actual energy cost reductions, and Verdant’s energy management system has generated over $195,000 in additional value for the property — all for a total investment of only $27,000.

Indeed, energy management systems can mean Return on Invested Capital (ROIC) increases of almost 9 times, with Internal Rate of Return (IRR) of 137%.For investors, this is an incredibly attractive opportunity, especially when these numbers are generated over the course of just three years.

The hotel industry is one characterized by fixed overhead and tight margins. And GOPPAR is the best indication of a hotel property’s performance because it factors in operational costs — i.e. how overhead impacts profit margins.

But while much of a hotel’s overhead is necessary, some of it isn’t always as fixed as it might appear. Energy consumption costs fluctuate according to occupancy, seasonality, and so many other market factors. With a smart energy management strategy, though, hotel owners can reduce their energy inputs without compromising guest experience, all the while improving GOPPAR and even increasing the resale value of their property.

This website uses cookies to improve your experience while you navigate through the website. Out of these cookies, the cookies that are categorized as necessary are stored on your browser as they are essential for the working of basic functionalities of the website. We also use third-party cookies that help us analyze and understand how you use this website. These cookies will be stored in your browser only with your consent. You also have the option to opt-out of these cookies. But opting out of some of these cookies may have an effect on your browsing experience.
Necessary Always Enabled
Necessary cookies are absolutely essential for the website to function properly. This category only includes cookies that ensures basic functionalities and security features of the website. These cookies do not store any personal information.
Non-necessary
Any cookies that may not be particularly necessary for the website to function and is used specifically to collect user personal data via analytics, ads, other embedded contents are termed as non-necessary cookies. It is mandatory to procure user consent prior to running these cookies on your website.
SAVE & ACCEPT

Thank you. A Verdant rep will be in touch shortly.